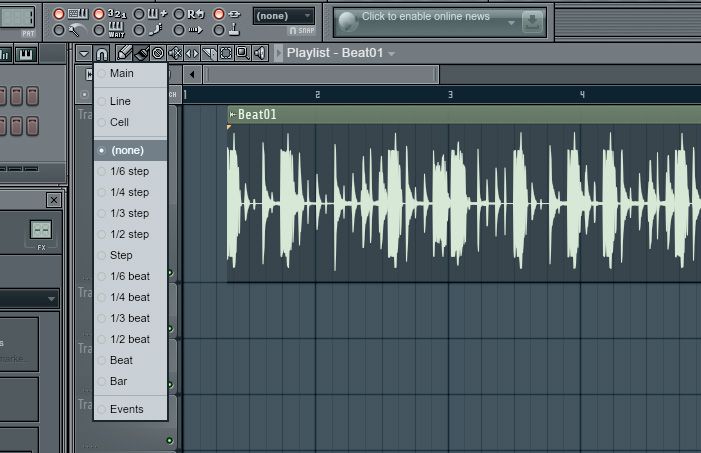 Sound can make or break a multimedia production, whether it’s an audio slideshow, a documentary video or an interactive narrative. Unfortunately, audio often gets short shrift. Visuals and interactive elements tend to command our attention, and just getting the story right can become an all-consuming task. Sound, it’s hoped, will somehow take care of itself.

If audio weren’t critical to the quality of our productions, this approach might work. But, there’s a reason radio has been called the most visual medium. There’s something about sound that puts our imaginations to work, making us more active participants in the story we’re hearing.

As storytellers, how do we make this happen? This guide offers 10 tips for better audio in multimedia stories. There’s a lot to consider when it comes to sound.

Most multimedia stories rely on four kinds of audio: interview clips, voice-overs, natural sound and ambient sound. Knowing these building blocks is the first and most important step toward great audio.

Interview clips are recordings of a story’s subject(s), typically recorded on location or over the phone. Interview sound bites help bring the characters in our stories to life.

Voice-overs, or voice tracks, include any scripted narration that’s recorded, usually in a studio, to push a storyline forward.

Natural sounds are the “sound effects” that we record on location — discrete, specific elements that command the listener’s attention when they occur.

And ambient sounds are the background noises that create a sense of place — the sounds that make the character of a city park very different from a dentist’s office or a bank, for example.

Knowing how your microphones and recorders work is essential to getting good audio. What’s more, the better you know your equipment, the more easily you can continue recording when something unexpected happens on location.

This means knowing where and how to position mics and where to monitor the volume on recorders. It also means knowing a few general things about how microphones capture sound according to their polar patterns, pickup types and form factors.

A microphone’s polar pattern determines its directionality, or the angle from which it picks up sound. Some microphones are highly directional, capturing sound from a relatively narrow angle. Others are omnidirectional, picking up sound from everywhere. One polar pattern isn’t better or worse than others; some patterns are just better-suited for certain recording scenarios.

Microphones use different technologies, or pickup types, to convert sound waves into electrical signals that can be understood by recorders. Two of the most common types are dynamic and condenser. These are mature technologies, and they both work very well. Condenser mics tend to be slightly more sensitive, but they also require an external power source. In the field, that often means batteries.

Lastly, a microphone’s form factor refers to its physical size and shape. Journalists and multimedia producers tend to rely on mini-shotguns, lavs and handhelds. Mini-shotguns can be mounted to the tops of cameras and pick up sound at small distances well. Lavs, or lavaliers, are tiny microphones that are clipped to subjects’ shirts or jackets and produce good interview audio. Handheld microphones have a familiar baton shape. They’re the most visible form factor, unless they’re held just off screen, and they tend to be the most durable.

Audio will most likely be the primary delivery mechanism for your story’s narrative, whether it’s through sound bites, a voice-over track or some combination of the two. Without sound, most multimedia and video stories simply can’t be understood. (This is why it’s important to add subtitles to any video content. Closed captioning can help both vision- and hearing-impaired individuals experience stories more fully, making our work more accessible.)

It’s imperative to start with good, clean sound for anyone who will be talking in the story. Audiences can forgive a lot of production problems, but difficult-to-decipher audio is probably asking too much.

Voice-overs tend to be easier since they’re usually created in controlled environments with ample time to setup in advance (and the opportunity for multiple takes).

The sound bites captured from interviews present more challenges. These tend to be recorded on location. That means less control over the recording environment and fewer — if any — chances for redos. This is where you should spend the most effort on getting the best-possible audio. And that usually means preventing or minimizing bad sound, otherwise known as “noise.”

Noise is any undesirable sound that creeps into our recordings, competing with the audio we actually want to capture (the signal). All recording devices (microphones and recorders alike) generate a certain amount of “self noise” — unwanted sound incurred merely from operating the equipment. Better and more pricey recording equipment usually offers more desirable signal-to-noise ratios. In other words, they produce less self noise.

Unfortunately, there are other common sources of noise and unwanted audio effects that can ruin an otherwise good recording.

White noise is continuous, unchanging sound that doesn’t serve a functional role in a story. There are many sources of white noise; heating and venting systems are notorious — and ubiquitous — white noise generators. Coping with white noise usually means recording in a different location or temporarily disabling the source of the noise, if possible.

Any time a recording happens outside, wind noise is a potential problem. What’s worse, audio equipment tends to accentuate the loudness of wind — gentle breezes can sound like aggressive gusts with a sensitive microphone. The best countermeasures are to record in a less windy place or at a less windy time, employ a windscreen or use a more directional microphone.

Clipping occurs when sound is recorded at a level that’s too high, or too “hot.” When sound clips, the result is noticeable distortion. The best defense against clipping is vigilant monitoring of audio levels. Always make sure sound is recorded in a safe range (on digital recorders, the target level is -12db; on analog equipment, it’s 0db).

It’s crucial to monitor audio as it’s recorded by plugging headphones into the recorder and tracking how things sound. Whenever possible, it’s also important to take a break from recording to review some of the sound that’s been acquired. It’s hard to catch every problem when we’re monitoring a live recording, and listening back helps you focus on the recording quality.

Proper monitoring will reveal all the audio problems listed above and offers a chance to fix things before it’s too late in the studio, when the best that can be hoped for is usually a patch.

Good audio conveys information. Great audio relays facts while adding detail and texture. This detail can emerge from all the sound types, but especially natural sound.

The key to good natural sound is to focus on the seemingly mundane. Even the most common actions — a pencil on paper, a finger tapping a desk, a person sighing or inhaling — can become interesting parts of a story when given proper attention. Brainstorm natural sound possibilities when planning stories and look for additional opportunities to convey detail through sound in the field.

7). Vary the loudness of audio.

A lot of digital sound is “normalized” — the sound waves are processed to make quieter parts louder and louder parts quieter. Then, the overall sound level is raised to a point just before clipping.

The upshot is the loudest, most uniform sound possible. However, this homogenization prevents volume itself from being used as a means to communicate information and enhance a story.

Varying the loudness of audio can enhance accuracy. Some places are naturally louder or quieter than others. Normalizing sound makes these differences less distinct, which can result in an artificial “sameness” that makes our work not only less accurate but less interesting.

Volume can also be used to accentuate emotion and information. Using quieter audio often coincides with the most important parts of a story. The effect is similar to slowing down shot lengths as the most important facts or emotions in a story are revealed.

8.) Use layers to create richer sound.

Layering makes audio more interesting. It’s a way to communicate different kinds of information at the same time, just like a video shot might communicate one thing with a foreground object and another with a background.

It’s most common to layer interview sound bites or voice-overs on top of ambient sound. Ambience offers a natural background layer, providing a sense of location, while the most important audio (in terms of relaying information) resides in the foreground, at a louder level. Natural sounds usually rest in the foreground, but they can also work somewhere in between vocal tracks and ambience.

Combining all the kinds of sounds into one multi-layer presentation can lead to particularly interesting effects. And, by combining changes to volume with layering, we can shift listeners’ attentions by pushing certain sounds from the foreground to background and vice versa.

Most of the ethical concerns that arise with the use of audio in journalistic stories manifest in the editing process. Since editing, by its nature, involves modifying an original, “untreated” recording, it results in a necessary alteration of what actually happened.

This may entail shortening a long recording session into a succinct, two-minute story. Or it may involve rearranging the order in which certain questions are answered to make an interview more coherent.

These kinds of edits are common and don’t, in most cases, present ethical concerns. But what if we forgot to get ambient sound for the recording we drove across town to capture? So, we go to a similar location closer by, record the sound there, and splice it with the original footage? Would this present an ethical problem?

The answer depends on the kind of story that’s being told, but it’s a problematic practice in most journalistic stories.

It’s important to consider audience expectations when editing sound. Listeners know stories are condensed to fit tight time constraints. But, the use of background sound from another location may be completely undetectable to the listener, and that’s where things get dicey.

It can be tempting to add music to every production since it’s such a powerful mode of communication. There in lies the problem. Picking a track that evokes the right emotion is a subjective undertaking. Furthermore, the same music can strike people in very different ways. My colleague Regina McCombs provides a deeper analysis of this issue if you’re interested in learning more. In the meantime, use caution when incorporating music into feature stories, and plan to avoid it altogether for hard news.