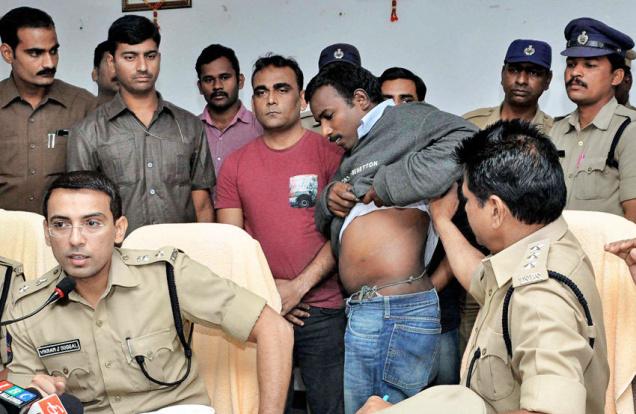 The Indian Police filed cases against six Sri Lankan doctors working with four different hospitals in Colombo on the charge of conducting paid kidney transplantation in violation of ethics, the Hindu newspaper reported.

Superintendent of Police Vikram Jeet Duggal told reporters on Tuesday that they arrested a native of Suryaraopet in Kakinada, Jenu Nookaraju (30), who was part of housekeeping staff in a private hotel at Gachibowli, based on phone calls received by Prajapathi in Hyderabad.

Investigators realised that Prajapathi and Chouhan were coming to Hyderabad to meet Nookaraju and arrested them.

Interrogation led to Prajapathi confessing that he was introduced to human organ trade by Dhawal Daruwala, a resident of Surat, in 2012.

All donors and recipients were from India and transplants took place in four Sri Lankan hospitals.

He used to charge Rs.28 lakh to Rs.30 lakh for a transplantation of which he kept Rs.5 lakh and paid up the remaining money to the donor, doctors and others. Prajapathi amassed Rs. 3 crore in the trade, bought a house investing Rs. 1.4 crore, an office costing Rs. 30 lakh, and furniture worth Rs.27 lakh.

Most of his first-time donors turned agents for him and supplied donors. He also paid Rs. 44.5 lakh to his agents. The passport of Nookaraju, three cell phones and computer were seized from them.

Previous Article I will save country from drug menace- President