Mahinda-Basil in a secret discussion 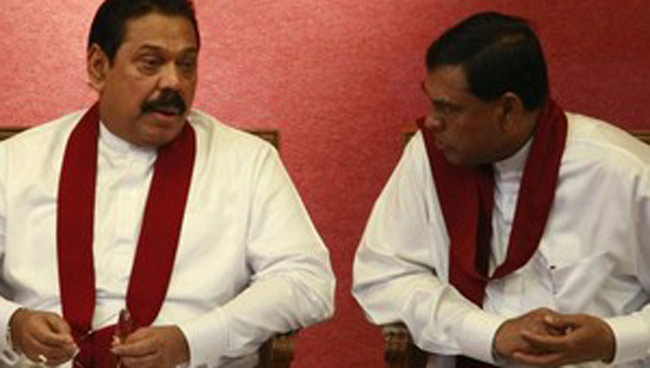 A secret discussion has been held at Wariyapola under the patronage of Former Minister Basil Rajapaksa and Former President Mahinda Rajapaksa last Saturday (16).

The discussion had been held at the residence of the UPFA North Western Provincial Council MP DB Herath.

The meeting had been termed as the “meeting of the ruling party MPs of North Western Provincial Council” although a number of UPFA MPs have also taken part in the meeting.

“This is my seat. I held a discussion with the MPs of the Sri Lanka People’s Party (Sri Lanka Mahajana Pakshaya), Lanka Sama Samaja Party and Sri Lanka Freedom Party(SLFP).” stated Former President Mahinda Rajapaksa while answering a question raised by the journalists whether a new political party will be formed. The Former President left the place thereafter and Former Minister Basil Rajapaksa.