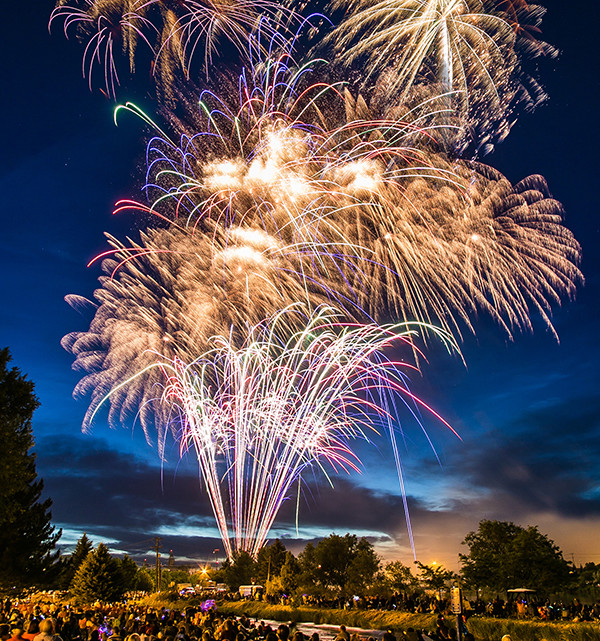 Have you ever wondered why there is always music playing at sporting events, fairs, carnivals, holiday shows, and other events? Imagine going to one of these events and not hearing any music at all. Wouldn’t that be completely boring?

People who run entertainment venues know the value of music and the effect it can have on the people listening. Music amplifies the emotions we are feeling at any given time. It can enhance or even change our mood.

A good example of this is the fireworks show put on by Melaleuca.com every Fourth of July. The fireworks are set off over the Snake River in Idaho Falls, making for an idyllic setting. It’s also the biggest fireworks show west of the Mississippi River.

But what makes this spectacular show so memorable and moving is that the fireworks are choreographed to patriotic music. Spectators don’t just hear the boom of the shells bursting overhead, they also hear inspiring songs that center on freedom, sacrifice, and heroes.

The Melaleuca fireworks are just one example of how music can enrich an event. The recent presidential inauguration was replete with music, from the singing of the national anthem to the playing of the Marine Corps Band. Can you imagine how boring that event would be if there were no music?

Weddings are also heavily influenced by music. Just imagine watching a bride walk down the aisle in total silence. It would make the entire congregation uneasy and uncomfortable, not to mention the bride.

One of the reasons music makes events more memorable is that it helps us recall memories and feelings in our past. That’s why you can hear a song today and instantly remember where you were and what you were felling the first time you heard the same song decades before. Music has a powerful connection to nostalgia.

So the next time you are at an NBA game, a rodeo, or state amusement park, don’t just take the music for granted. Enjoy it, and be grateful it’s there.